Kinesiology, A Quick Link To The Unconscious Which Can’t Lie.

There are many types of kinesologies, but all of them share a common language and that is muscle testing. Applied kinesiology was the brainchild of chiropractor George Goodheart. He and 49 colleagues met in Chicago in 1964 to address a question: “Why don’t our adjustments always hold?

The founder of Applied Kinesiology

Experts were unable to answer the question. They realised they must turn to the overall expert in all health matters and that is the patient. The patient’s conscious mind was chock-full of notions and ideas that didn’t even come from the individual. Much better, then, to turn to the subconscious mind. The subconscious mind does not lie. Consciously you can lie through your teeth and most people will be unaware of the lie. That’s why they invented the “Lie Detector” or “Polygraph” machine. It is a very sensitive testing device attached to the testee. Telling lies is stressful. This results in a slight rise in blood pressure, an alteration in breathing and sometimes increased sweating. The machine detects these physical changes and marks it on the readout. A skilled operator can easily see when someone tells a lie because there is a “jiggle” marked on the paper.

The Unconscious comprises approximately 90% of the mind. It is an automatic processing plant. It looks after functions like breathing. You can’t not breathe. If you consciously halt your breathing you will fall into an unconscious faint and then you will automatically start breathing again. Let’s go back to our lie detector analogy. Let’s pretend you stole your next door neighbour’s car. It is a beautiful BMW Sports model. You got up in the middle of the night and whisked it away to a secret hiding place in the woods and then snuck home to your bed before first light. Your neighbour woke up, saw his car was missing and quickly phoned the police. Very soon they arrived and started knocking on your door. They asked you if you had seen anything during the night. You said you had been asleep and had seen and heard nothing. They went away and you let out an enormous sigh of relief. Why? Because the encounter with the police had stressed you very much.

Did you steal this car?

There were unconscious symptoms of this like increased sweating, accelerated pulse rate, dilation of pupils and an increase in blood pressure. These

are all “flight or fight” symptoms generated by the autonomic nervous system. Autonomic means automatic, so these reactions were outside conscious control. In other words, your subconscious knew you were lying. If you were telling the truth there would be no or very little reaction. A sensitive polygraph is designed to record this difference.

The Amazing Power of Muscle Testing.

We can access the subconscious through the gentle art of testing muscles. Let’s go back to our polygraph for a second. The needle twitches with a lie and remains steady with the truth. Muscles link to the subconscious mind. When we tell a lie the muscle will weaken and when we stick with the truth it will remain strong.? In essence strong means “yes” and weak signifies “no“.At a base level that’s all, there is to it!. Of course, we often encounter other factors that can alter the ideal picture. This is what the Chiropractors meeting in Chicago in 1964 was all about.

The chiropractors were not particularly concerned with truth or lies. They had a specific question and they needed specific answers. Could the body tell them why a particular adjustment came apart? After all muscle testing can only do two things. The muscle can test strong or weak. That does not constitute a conversation. It does, however, give us a lot of information. But let’s take it a step further and along comes our friend Chinese Medicine. Chinese Medicine has been around for a long time. The Emperor’s Yellow Book or Huangdi Neijing first appeared somewhere between the 3rd and 4th centuries BCE.

There are two parts the Suwen and the Lingshu. The Suwen lays down the general concepts and the Lingshu introduces acupuncture in some detail, It someone took the time to record all of this in precise detail 2400 years ago, I am willing to bet that the modality had been around a lot longer. For instance, they found a corpse buried in a glacier in the Oetz Valley in Austria. Carbon dating placed the body as being 5,200 years old. Remarkably, there were markings on it that the German Academy of Acupuncture identified as corresponding to Chinese points for pain relief. They felt the treatment was to alleviate the pain of arthritis or rheumatism. The plot thickens here as the Oetz Valley tucked away in Austria is a very long way from China!

Mountain village in Tirol, Austria – Oetztal, ? This showed a system of treatment existed that used sink points on the meridian system to heal illness that was up and running over 5000 years ago.

Where does that take us?

Chinese Medicine is based on energetic healing. All medicine until the birth of the Pharmaceutical variety about 150 years ago had energy as the thread. The Chinese variety is based on the concept of the Meridian System. There are twelve plus two principal Meridians and many sub parts.

The Meridians contain a substance called “chi”. Dr. Kim Bong Han of the University of North Korea studied the subject in great depth. He describes the Meridians as “having a thin membranous wall and are filled with a transparent, colourless fluid” (chi) The system is a closed one and there are specific points along the Meridians that they call “sink points”. These points can be needled, tapped or rubbed to influence the flow of “chi“. The energy can become trapped somewhere in the system; that will create a lack of energy at another point. By inserting a needle into the requisite points the therapist can do one of two actions. He/she can turn the needle clockwise to energise a depleted point or anti-clockwise to sedate an overactive point. The treatment concerns itself with balancing energy. Any energetic imbalance is “disharmonious”. The object of Chinese Medicine is to create “harmony” which is wellness. Any “disharmony” equates to “illness”.

Western Medicine first began to take an interest in Chinese Medicine in the 1930s. An article in the February 1937 edition of the British Medical Journal (BMJ) by an eminent cardiologist and pioneer of what he called “Health Science” Sir Thomas Lewis trumpeted that he had found “an unknown Nervous system”

. This system, the Meridian System bore no relation to the Central Nervous System nor the Autonomic Nervous System. His findings were quickly ignored but the Germans used the points in their system to develop the Voll System. This identifies the acu-points and gauges the amount of energy present thus providing a useful diagnostic tool. It wasn’t until the 1980s that a French team of researchers lead by Vernejoul injected radio-active dye into the Meridian points and found they were presented with a “Meridian Map” similar to that produced by the Chinese two thousand years previously. Chinese Medicine has a scientific basis and why wouldn’t it? If it didn’t work they would have discarded it long ago!

The Chiropractors and Kinesiology

George Goodhert and his colleagues found the answer to their question concerning adjustments could be answered by muscle testing which is the language of kinesiology. The Body cannot lie under normal circumstances so let’s get it to give the answers. Their discovery was not entirely new. Dr. Terrance Bennett had found specific points in the head which have a link to Chinese Medicine. He found that he could stimulate or inhibit blood flow to the brain by simply touching one of the neurovascular points. For instance, if you touch the “Occipital Protuberance” at the back of the head you can send energy to the kidneys. This work was again built on something that had gone before. This was the work of Dr. Frank Chapman who discovered Chapman’s reflex points. These points can be felt and rubbed to release symptoms.

?TO ANY PERSON BORN ABOVE THE CONDITION OF AN IDIOT, WHO HAS FAMILIARIZED HIMSELF WITH ANATOMY, IN WORKING WITH THE MACHINERY OF LIFE, KNOWS THAT ALL DISEASES ARE MERE EFFECTS AND THE CAUSE BEING A PARTIAL OR COMPLETE FAILURE OF THE NERVE TO PROPERLY CONDUCT THE FLUIDS OF LIFE?

NEUROLYMPHATIC REFLEXES as Described by Dr. Still a contemporary of Dr. Chapman

Doesn’t that sum up the acupuncture system in Chinese Medicine?

Bradley Nelson is a retired chiropractor who has developed a powerful form of emotional healing which he outlines in his book “The Emotion Code”. He has more recently taken this one step further with his “Bodycode” which is a diagnostic and healing treatment which depends heavily on muscle testing. Let Dr Nelson show you himself.? Dr. Bradley demonstrates Muscle Testing

I think we can see the power of muscle testing.

Bradley Nelson offers powerful trainings in both the powerful “Emotion Code” and the Awesome “Body Code”. Muscle Testing allows us to access the all-powerful Subconscious Mind, and it can do this easily and quickly. From this place we can gain important information about health in its true perspective which is Mind, Body and Spirit, We can use this information to take us to the root cause of an issue.The Body Code Healing System

We don’t treat the symptoms. We treat the root cause.

Check out Dr. Nelson’s “Books and Training Programs”. There is something there for everybody 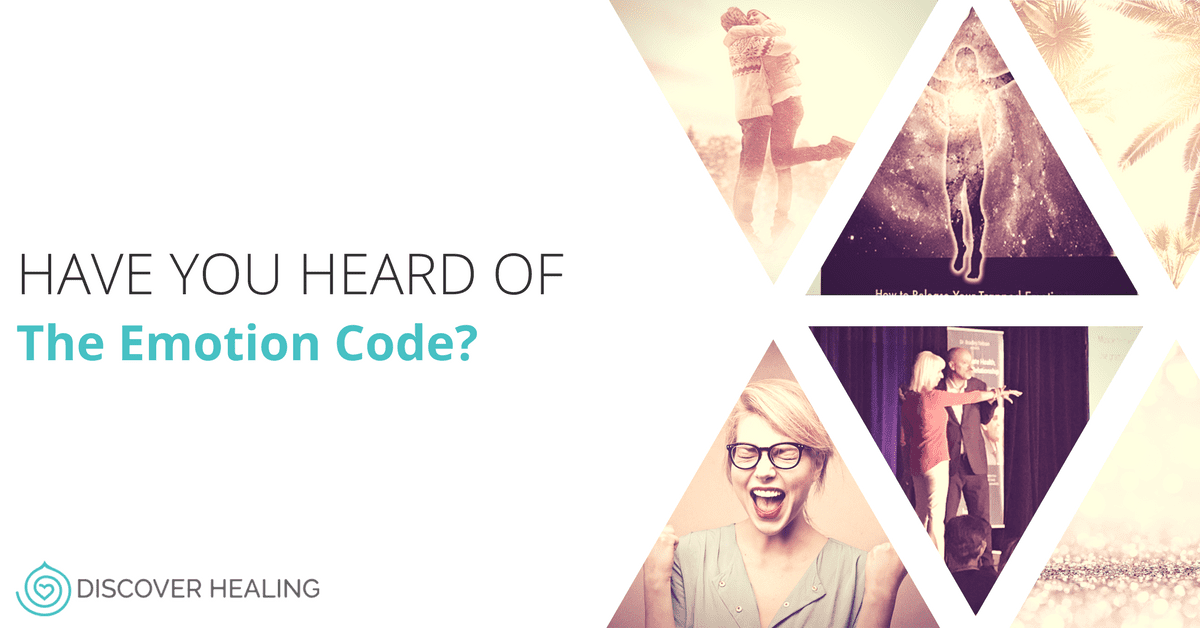 Alister Bredee of Health Ambit Consultancy offers treatments, too? Click this link to find out more.

If you have comments you are invited to leave them below.

Any cookies that may not be particularly necessary for the website to function and is used specifically to collect user personal data via analytics, ads, other embedded contents are termed as non-necessary cookies. It is mandatory to procure user consent prior to running these cookies on your website.